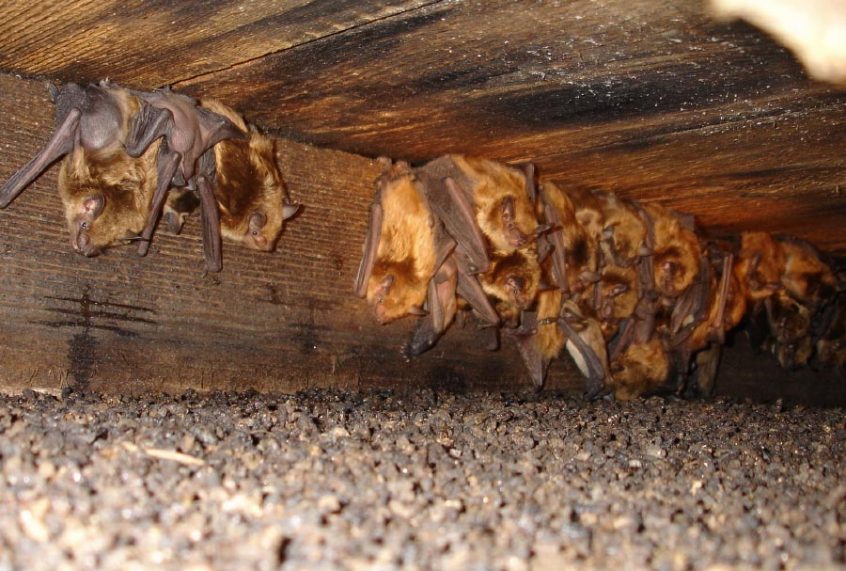 How to Get Rid of Bats in Attic?

Bats are not a flying mouse or rat; they are small furry creatures that have wings. Bats are continually searching for locations to roost, and in some cases, this could mean your home. Places of interest include attics and chimneys. While bats play an essential role when it comes to the ecosystem, it is no fun sharing a house with these creatures. Bats are also active as soon as it gets dark, which means they will disturb you when you are trying to sleep. Also, sharing your living spaces with these animals could pose a health risk.

How Much Does it Cost to Have Bats Removed?

Bats are not easy to remove from your home, which is the reason why you need a professional bat removal service. These services involve safely removing the bats from your home without harming them. Bat removal experts will also identify where the bats are entering your home so that they can come up with a solution to stop them from returning.

The female bats, in particular, are always in search of a location that is warm and inviting where they can roost as well as a safe area where they can have their babies. They are known for occupying spaces such as attics and chimneys. The costs involved to hire a professional bat removal company to remove these creatures from attics will vary, depending on your area. However, the average prices to remove small colonies, which will include your first inspection, but not the clean-up that is required once the removal is complete, is around $150.

How to Get Rid of Bats in Boca Raton

There are several bat species in the US. The three primary culprits that invade homes include the Mexican Free-Tailed Bat, the Big Brown Bat, and the Small Brown Bat.

These species of bats will hibernate over the months of winter. Towards the end of spring, the female bats start searching for a location where they can safely raise their young. This is when bats will typically come indoors. Attics and chimneys are protected, and a safe space from predators, which is why these spaces are inviting when it comes to the mother bats. The bat pups will mature over the summer months, and then finally leave the roost in the autumn months.

What are Bats Scared Of?

Bats are nocturnal animals, and it is common to hear them fluttering and chirping around dusk. Bats are very beneficial when it comes to the surrounding environment, yet when they start occupying spaces where humans live, it can become problematic.

Most bats are known as insectivorous, which means they live on insects. They are capable of consuming as much as they weigh in insects each night. The risk factors associated with bats are that, in some cases, they carry rabies. Yet the more significant concern has to do with their guano, which is another word for droppings. Exposure to these droppings can result in histoplasmosis, which is a type of respiratory disease.

Bat Infestation: What are the Signs?

Most of the bat species in the US are small and able to squeeze through small and tight spaces. On occasion, bats may fly accidentally into your home and struggle to find a way out, but as soon as the weather starts warming up, in the latter part of spring, the female bats will begin searching for safe a secure areas to roost.

Over the spring and summer, you will likely start noticing guano (bat droppings), on floors or your window sills, this is usually the first sign that something has moved into your home. The buildup of guano will also start to release an odor, which is the next sign of an infestation.

How to Get Rid of a Bat in the House

Bats are also noisy little creatures, and when it starts to get dark, the bats begin to make rustling noises, and they will chirp, which is a sign that you might have a maternal colony in your home.

Due to the laws and regulations in place against harming or killing bats, you might need to put up with the colony of bats until the babies are old enough to fly away. This usually happens towards the end of summer, into early fall.

Female bats are always on the lookout for warm shelters where they can raise their pups. This is when they can gain access to your home through cracks in walls, chimneys, vents, and open doors and windows.

In the majority of cases, these removal services are covered by many homeowners’ insurance policies. However, you should read over your policy to verify this.

One of the best methods to deter these creatures from gaining access to homes includes sealing off all possible entryways. This often provides screening chimneys and vents and sealing holes. Insect control is also an excellent method to deter bats. If your home is not seen as an attractive source for food, they will usually move off.

How Do I Get A Bat Out Of My House?

It is best to wait for the bat to leave your home and then seal the point of access while the bat is out. This is a process known as exclusion.

How to Get Rid of Bats in Attic?

Bats are active as soon as it starts getting dark. You will probably begin to notice fluttering or rustling noises that come from the attic from when it gets dark until dawn. These noises continue throughout the night as the bats leave to look for food and return to sleep during the day. Bats produce droppings, which is known as guano, which rapidly develops int a foul odor. In addition to actually seeing the bats, these are some of the common signs to look out for.

There are various bat repellent types available, yet not many of these are a guarantee that it will work. The best method to stop bats from getting into your home is to screen chimneys and attics and to seal any holes, along with insect control.

The costs will vary according to the area that you live in and how severe the infestation has become. Yet the typical costs involved for professional inspections and to remove the bats are $150 (this does not include the costs involved for home repairs, clean-ups, and attic restoration services).

How To Keep Bats From Coming Back?

Keeping the mosquito population in your area under control is one of the methods to make your home and your yard less appealing to bats. Bats are tiny creatures that can easily fit through chimneys and vents. The best way to make sure they stay out of your home is to seal off all the potential entryways.