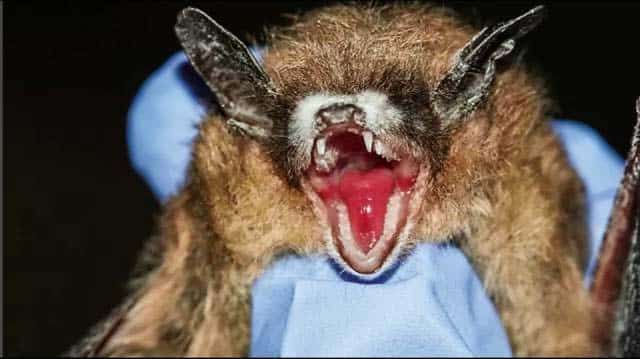 Did We Get Coronavirus From Bats?

Coronaviruses are a large group of viruses that can bring illnesses whose severity ranges widely. The first severe registered sickness caused by a coronavirus came about with the Severe Acute Respiratory Syndrome (SARS) epidemic in China in 2003. A second outbreak of severe sickness emerged with the Middle East Respiratory Syndrome (MERS) in Saudi Arabia in 2012.

On the 31st day of December last year, Chinese authorities reported to the World Health Organization about an outbreak of a novel coronavirus strain that caused severe sickness, which was then named SARS-CoV-2. By February 20, 2020, almost 167,500 COVID-19 cases have been registered, though plenty of other mild cases might have gone undiagnosed. The virus has claimed over 6,600 lives.

Soon after the epidemic began, Chinese scientists sequenced the SARS-CoV-2 genome and availed the data to other researchers globally. The resultant genomic sequence data has indicated that Chinese authorities quickly detected the epidemic, and the count of COVID-19 cases has been rising due to the human transmission after its introduction into the human population. Andersen and collaborators at other research institutes used this sequencing data to find out the sources and evolution of SARS-CoV-2 by looking into the revealing features of the virus.

The scientists made an analysis of the genetic pattern of the spike proteins, armatures on the outside of the virus, which it uses to grab and enter the outer walls of the human and animal cells. Most importantly, they focused on two essential traits of the spike protein: the receptor-binding domain (RBD), some hook that grasps the host cells, and the cleavage point. This molecular can opener enables the virus to open and enter host cells.

The scientists found out that the RBD portion of the spike proteins of SARS-CoV-2 evolved to target a molecular trait on the outside of the human cell known as ACE2, a receptor that plays a role in regulating blood pressure. The SARS-CoV-2 spike protein was very adequate at binding the human cells that scientists concluded that it resulted from natural selection and not from genetic engineering.

This proof of natural evolution was backed by data on SARS-CoV-2’s backbone – its general molecular structure. If one were looking to engineer a new coronavirus as a pathogen, they would have built it from the backbone of a virus, which is known to cause sickness. But the scientists discovered that the SARS-CoV-2 backbone varied substantially from the already known coronaviruses and mostly looked like related viruses present in bats and pangolins.

“These two traits of the virus, the transformations in the receptor-binding domain part of the S Protein and the unique backbone, eliminate the possibility of lab manipulation as a likely source of SARS-CoV-2”, stated Andersen.
Josie Golding, Ph.D., an epidemics lead at Wellcome Trust (UK-based), stated that the results obtained by Andersen and his collaborators are “critically important to bring a proof-based view to the stories that have been doing rounds about the sources of SARS-CoV-2 causing COVID-19.”

“They conclude that the virus is a result of natural evolution,” Goulding adds, “putting an end to any speculation about intentional genetic engineering.”

So… Did Coronavirus Come from Bats?

Given the analysis of their genomic sequencing, Andersen and his colleagues concluded that the most likely source of the SARS-CoV-2 would be any of two possible scenarios.

In one instance, the virus evolved to its present pathogenic state by natural selection in a non-human host and later transferred to humans. Previous coronavirus outbreaks emerged this way, with humans catching the virus through direct exposure to civets in the case of SARS and camels in the MERS epidemic.

The researchers pointed out bats as the most likely source of SARS-CoV-2 since it is very identical to a bat coronavirus. There are no registered cases of direct bat-human transmission, however, which suggests that an intermediate host could have been involved between bats and humans.