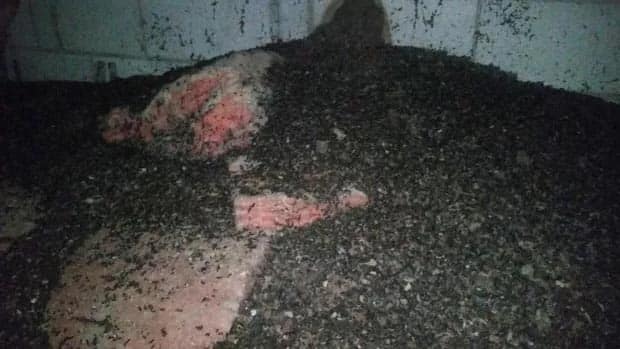 Bat Feces – One exciting aspect of the relationship between people and bats is how vital these flying mammals’ droppings, which are rich in potassium, nitrogen, and phosphates, have been to different cultures over centuries where they have been used as fertilizer. However, due to the introduction of chemical fertilizers, the importance of their feces has waned over the years.

The good thing, though, is that the rise of organic farming in recent years has led to an increase in the demand for bat feces, which is also known as guano. However, it is worth noting that apart from being useful, bat excrement can be dangerous as it’s been known to transmit deadly diseases to both animals and people who come into contact with it. At the same time, it can be challenging to clean up.

Identifying bat feces is not that hard. As they roost, bats defecate, dropping their feces from their roosting point, which is mostly on the roof. Over time, the feces will accumulate, forming small piles on the roof space or attic floor. The droppings tend to be black, and when found individually, they’re in the form of long and thin pellets. However, what makes bat feces stand out is the fact that they accumulate in small piles. Since their diet is primarily made up of insects, on close inspection, you’ll notice that their droppings have a speckled and shiny color. These bright speckles are the wings of the insects that they have devoured. The reason for this is because a bat’s digestive system doesn’t fully break down insect wings since they have no nutritional value to the animal.

When examining bat feces (especially at close quarters), cleaning their droppings, or when trying to get the animals out of your property, you should take some precautionary measures to ensure your safety. The first thing to do is to make sure you wear a pair of gloves and a mask. It’s essential that you do not get into contact with the feces or inhale the spores found in the dropping since they can, in some instances, cause severe diseases. It’s also best that you have a sealable bag or container to store the feces in when removing them. Alternatively, you could garbage sacks to store the droppings you collect. However, make sure that you double bag them to keep others from getting exposed to the spores.

One of the most dangerous and most common diseases transmitted through bat droppings is histoplasmosis. This is when the spores found in the feces are inhaled, causing severe symptoms. When left untreated, histoplasmosis can be fatal. Since histoplasmosis includes persistent flu or cough like symptoms, it can be hard for medical professionals to identify the problem since these symptoms are common in a variety of health conditions. Another common disease that’s transmitted through bat droppings is Henipavirus and has been found in Australia, Asia, and Africa. However, since the condition has flu-like symptoms, it can be hard to identify the cause of the problem, with most human cases only being discovered after they’ve died.

Getting Rid of Bats in a Property

If there are bats in your home and you are trying to get rid of them, identify where they roost by identifying where their droppings are most abundant. Once you’ve spotted the feces, place a piece of tarp or paper over the droppings. This is critical considering that as you work on getting rid of bats in your property, the chances are high that you will disturb the droppings causing spores to rise in the air. Always make sure you have the appropriate breathing equipment and a pair of gloves on.

While examining the droppings, check to see if they are fresh or old. This will help you know if the infestation is still active or if it’s dormant. If a large colony has been living in your property for a while, consider how big the piles of poop are! If they are too big, then be very cautious as you move about. The droppings could have added extra weight on the supporting structure, especially if they have fallen on an area with a false ceiling, making it susceptible to caving in.

Cleaning a former bat colony isn’t something to be taken lightly. The job is not that pleasant to start with, and there are a lot of precautions to be made. If your home is currently infested, consider hiring a professional exterminator and have them handle the problem for you. Removing bat droppings is an intricate job, especially when older droppings have dried and stuck in place on the beams and insulation materials in your roof. In such instances, there are several things like scraping feces from the wood or removing affected layers of your insulation that will have to be done for the droppings to be removed. Once collected, the droppings need to be safely disposed of, so nobody becomes exposed to the excrement and the spores they release.

Apart from cleaning your roof or attic space, you’ll also need to disinfect the affected area to make it accessible again. This is generally done using a machine that creates a thin mist of a disinfectant that kills remaining spores and bacteria. It’s also essential to ensure that all access points are repaired to keep bats out.