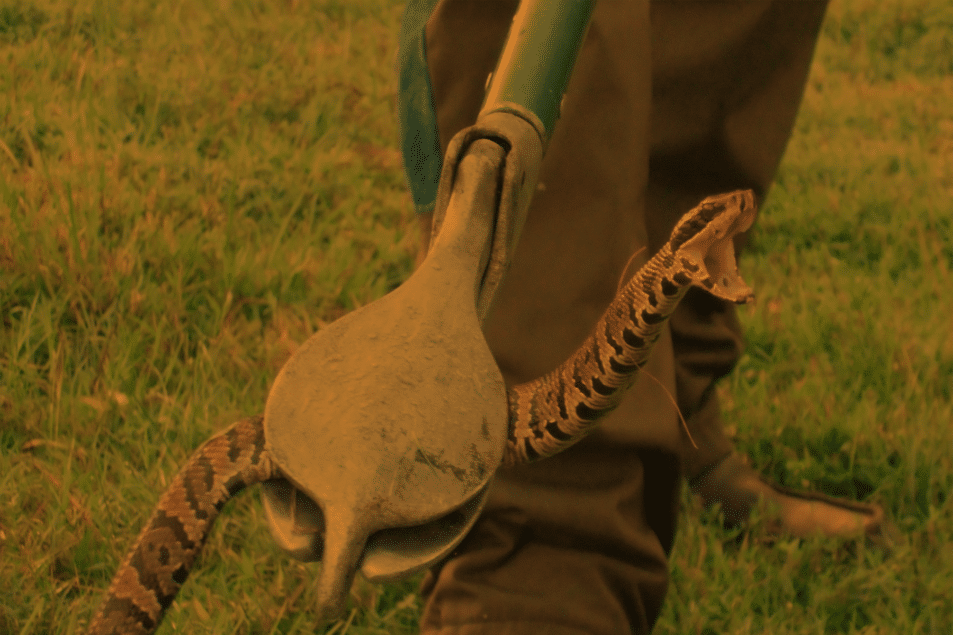 The Biology Of A Florida Snake

The Black Racer or Coluber Constrictor Priapus is one of the most common types of snakes in Florida. This snake is nonvenomous and very active during the day. The Black Racer has a gray belly, a black dorsal side, and a white him to quickly identify the snake. These snakes are quite fast and active during the day. But the Black Racer is color blind, and an adult snake can be between 55 to 70 inches long. The snake sheds its skin only once a year compared to the average snake that sheds its skin between 2-4 times a year.

The scientific name “Constrictor” is mostly a misnomer for the Black Racer. These snakes have very few behaviors patterns of a constrictor though they share some similarities in character. For example, the Black Racer doesn’t coil around and constrict its prey.

The Habitat Of The Florida Snake

The Florida snake is mainly found in the southern parts of the United States. These snakes are also known as the Black Runner, Black Racer, or Runner. The Black Runner is commonly found in wooded regions like brushes, forested areas, thickets, open fields, and gardens in suburban homes. The snake can vibrate its tail in thick grass to create a sound similar to a Rattlesnake. Hence, the Black Racer prefers to rest and hunt in areas with tall grass. These snakes are often found in a “kink” position in wooden areas or tall grass. The snake looks like a branch fallen from a tree. The Black Racer does this when it’s sleeping or fending off predators.

Expected Behavior Of The Florida Snake

The behavior and habits of the Florida snake are quite unique. They are great at climbing and swimming. In fact, they can move at very high speeds – which is why these snakes are called “Racers.” The Black Racer bites its prey when the prey is cornered. But they are not venomous. Even though the Black Racer prefers to run away rather than fight, there are times when the snake will chase after its prey. That is why Florida snakes are considered more violent and domestic than some other snake breeds.

Humans are considered the greatest threat to Black Runners as a species. The majority of these snakes are killed by moving vehicles. On the other hand, some people deliberately kill these snakes out of fear of being attacked. The Black Racer looks quite similar to the Water Moccasin. This poisonous snake shares the exact locations of the Black Racer. Large birds and hawks are the other threat to this snake. Large birds will spot the Black Racer from above and pounce on the snake before it can escape.

Black Racers are usually carnivorous. They prey on animals that are smaller than them. Insects, mice, smaller snakes, moles, frogs, rodents, and little birds are their favorite foods. The snake will crush the victim into the ground before suffocating it before consuming the prey. In fact, the Black Racer doesn’t coil around and constrict the prey like other snakes.

Getting Rid Of Florida Snakes

Getting rid of Florida snakes isn’t easy. It should be done with utmost care. Most people in Florida prefer to try store-bought snake traps to get rid of Florida snakes. But the snake traps sold in today’s stores are not that effective. You can injure yourself if you don’t know what you are doing by trying to use store-bought snake traps. Some homeowners like to use dangerous chemicals to get rid of snakes from their homes or swimming pools. These chemicals can end up in the air you breathe and the water you drink. It can be quite dangerous to the health and well-being of your family and kids over time.

Getting professional help is the most effective way of getting rid of Florida snakes. Wildlife Removal Services of Florida is your trusted partner to take care of all snake problems in Palm Beach County. We have helped homeowners in Florida get rid of snakes from their gardens and yards for many years. Our expert team has developed proprietary techniques for removing snakes from your home or business without using harmful chemicals. Contact Wildlife Removal Services of Florida today for immediate assistance with snakes.