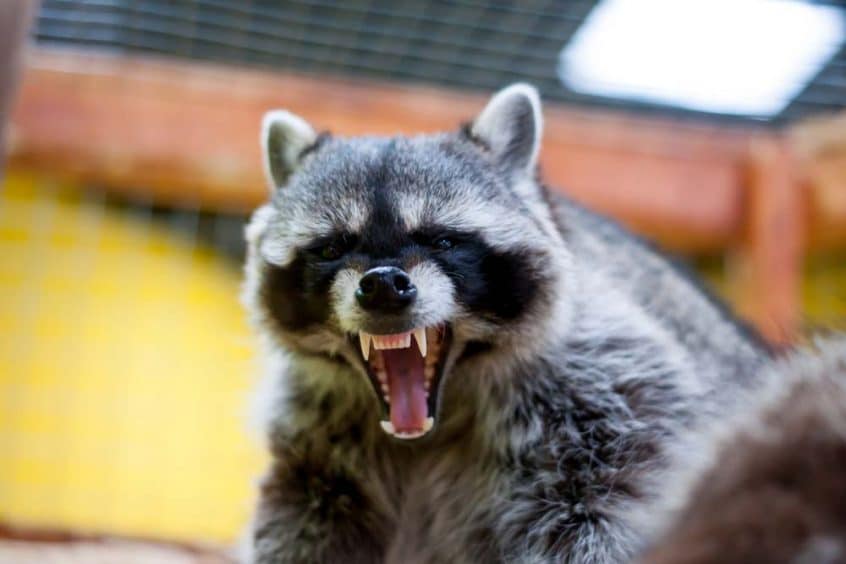 Should Raccoons Be Considered Dangerous?

There are many wildlife pests in our Boca Raton service area — everything from fluffy and adorable chipmunks to scaly and less than charming snakes. However, the appearance of a wild animal is not necessarily an indication of how friendly it is. Raccoons are a prime example: they’re fuzzy, curious, and they have a wide-eyed stare that might have you believe that these animals are far too innocent ever to do anything wrong. But they can do many disturbing things when they come on to your property. They pushed over your garbage cans and spread it across your yard, they can cause damage to your home, and they can spread fleas, ticks, and other parasites into your yard. They also leave feces and urine as they prowl. And they’ve been known to attack under the right circumstances.

The appearance of raccoons is often the catalyst for an attack. They look like an exotic pet, and can even exhibit the behavior of a pet. A raccoon will also take the food from your fingertips if you feed them, but you should never feed a raccoon.

For industry-leading wildlife control and removal, along with other pest control in Boca Raton, and the surrounding area, reach out to Wildlife Removal Services for immediate assistance.