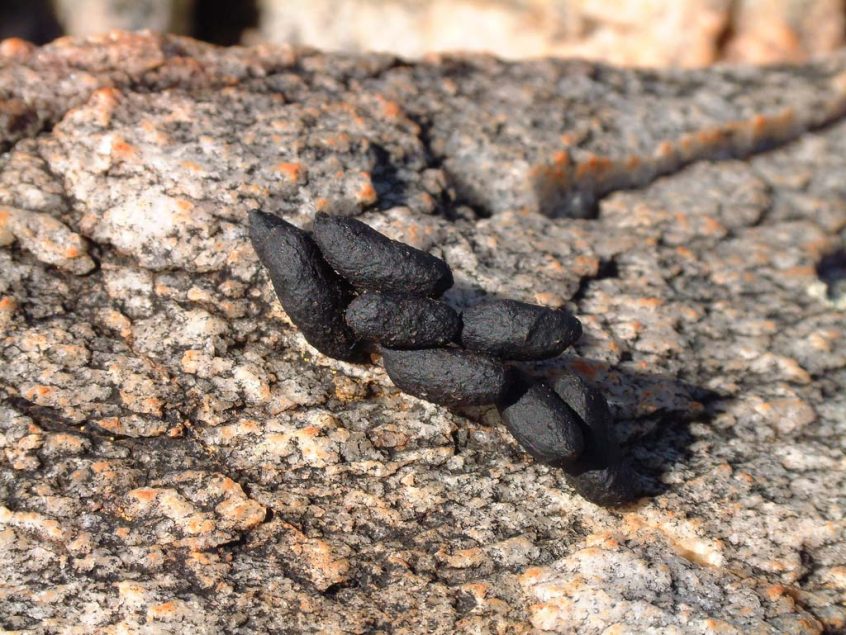 Where Are Possums Found?

The small marsupial known as the possum can be located in many regions across America, including South, North, and Central America. There are over 100 different varieties of possums, but the Virginia opossum is the most common in North America. The Virginia opossum makes its home anywhere east of the Rocky Mountains.

Within those regions, the Virginia opossum (also known as the common possum) can be found in a range of habitats, including farmland, deciduous forests, and woods, as well as the wetlands near swamps or marshes. They don’t just stick to the wild either. Possums can often be spotted in small towns and suburbs, unusually late at night near garbage cans.

How Do You Identify Possum Droppings?

It can be a little difficult to positively identify possum feces because it is often confused with dog droppings. Possum droppings run as much as two inches long with a diameter around three-fourths of an inch. The droppings are thicker in the center and thinner near the ends, sometimes even curling slightly. They’re usually brown, but they can have yellow or white mold growth as well.

Possums like to stick to one area for waste, so it’s not uncommon to find a mix of possum urine and lots of droppings in the same spot. Preferred toilet areas include near feeding zones. If you’re noticing droppings around a garbage can or a tree, it could be from a possum using that as a feeding spot.

What Should You Do If You Find Possum Droppings?

If you locate possum droppings inside your home rather than outside it, you should take immediate action, as the possum has likely taken up residence in your house. If you have pets such as a dog or a cat, or if you think the possum could come from another wild animal, first take the time to ascertain that the droppings come from a possum. If you know a possum is in your home, there are several steps you should take, beginning with getting rid of the infestation. Then you should take steps to prevent more possums from getting in the future and be sure to clean any areas thoroughly the possum may have touched. In addition to the potential to carry diseases, possum droppings generally smell quite strongly, so you’ll want to take care of the problem and clean it up as quickly as you can.

If droppings are located outside the house, try to find areas where the possum could be nesting, such as in a shed or garage, or under a deck or the house. If a possum has wandered into a town, it’s likely seeking shelter, so look for places that would keep it safe from the elements.

Exposure to possum droppings comes with many health risks, so you’ll want to dispose of waste as soon as you possibly can carefully. Follow these tips to quickly and effectively clean up after a possum infestation:

Possum droppings can contain hazardous bacteria, such as Leptospirosis or Salmonella. They commonly carry a very infectious disease known as EPM (Equine Protozoal Myeloencephalitis), which can quickly kill horses by attacking their nervous systems.

When Should You Contact a Professional to Help With Your Possum Infestation?

As previously mentioned, possum waste can be hazardous to handle or live around, which makes exhaustive clean-up extremely important (as well as extremely time-consuming). This clean-up process can be done on your own, but only if you make sure to do so safely and have the time to dedicate toward it.

Even if you have the energy and time to handle clean-up on your own, though, there are some scenarios in which you really should turn to a professional instead. These include the following: